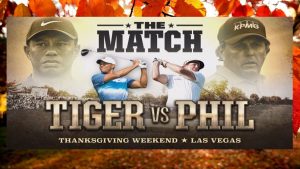 In addition, a Turner Sports press release announced Capital One will be the title sponsor of the match, which is officially called “Capital One’s The Match: Tiger vs. Phil.” Fans will be able to purchase the match on Turner Sports’ Bleacher Report Live, its live-sports streaming service, in addition to AT&T’s DirecTV and AT&T’s U-verse. According to a press release, HBO Sports will also capture content leading up to the match for its 24/7 reality franchise.

In a recent press release, it was said no tickets will be sold to the public.

Only a small gathering of sponsors and VIPs will be given access to the ultra private Shadow Creek course. This is a made-for-TV event.

The press release also confirmed that Phil and Tiger will be mic’d up the entire time, making side wagers on top of playing for the $9 million prize which most likely will be donated to charity of either’s choosing.

Also announced is the preview of the event, 24/7 The Match: Tiger vs. Phil, which debutes Nov. 13th on HBO. A trailer for the event was just released, and it’s hilarious.

HOW BASEBALL INTERTWINES WITH GOLF? 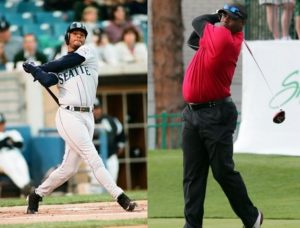 Golf has rapports with multiple sports. But no sport naturally intertwines with golf quite like baseball.

1. Matching Schedules
The parallels are many, the most obvious being the calendar: Both start in the spring and end in the fall. Technically, the PGA Tour plays in November, December and January. But, like baseball’s Winter Leagues, the general public doesn’t pay nearly as much attention.

2. Physical Connection
The primary actions of both sports is the swing. The fundamental instructions are interchangeable: Shorten the backswing, drive your hips through the ball, don’t fall back on impact, and keep your hands quiet. It’s why a home-run swing and a perfect golf follow-through can be eerily similar.

4. Family Friendly Fan Base
Baseball and golf share two of the more family friendly fan atmospheres in American sports. Ballparks are one of the more tranquil settings one could ask, which might explain why the San Diego Padres converted their stadium into a golf course during the off season.

5. Mental Toughness
Both sports put a premium on mental toughness. A 162-game baseball schedule can be grueling, one that makes it easy to succumb to sloppiness or loss of concentration. The same can be said for golf, where keeping your wits for 18 holes requires the ability to shake off the occasional double bogey or any struggles with the driver. 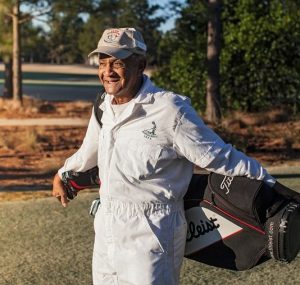 McRae worked at the North Carolina resort for 75 years and will be deeply missed. “He’s one of the many parts that make up the fabric of Pinehurst,” former Pinehurst president Don Padgett II told Pinehurst.com.

McRae began looping in 1943, carrying the bag for tens of thousands of golfers, including four U.S. presidents, a handful of professionals and a litany of celebrities.

“It makes you feel like you’re somebody,” McRae said of his profession when he spoke during an interview with Golf Digest last November. “This is one of the best jobs you can really have. Thank God for it.” 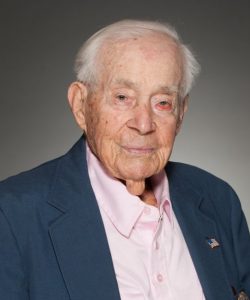 • Gus Andreone, the oldest member of the PGA Assocation, passes at the age of 107 after suffering a stroke.

Andreone fought in World War II, won the Penssylvania lottery, and worked in the golf industry for more than 90 years as he became a PGA of America professional in 1939.

“Gus Andreone’s remarkable life was filled with a love of country and for the PGA of America,” said PGA of America president Paul Levy. “

“The job you have in golf is working with people,” Andreone once said. “You treat your members with fairness and respect and it will come back to you tenfold.” 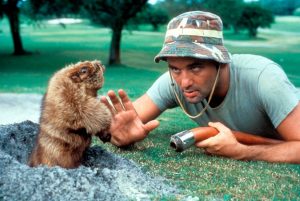 Organizers recently announced that “Caddyshack Fest” will launch next summer in Kentucky, a celebration of all-things Bushwood.

“We drove out to this golf course in Louisville, and this place is perfect,” planner Will Russell told Entertainment Weekly.

If you’re wondering about Bill Murray…Russell stated, “obviously, Bill Murray’s our dream guest, and his son just got a job coaching for the University of Louisville, so we got that going for us.” 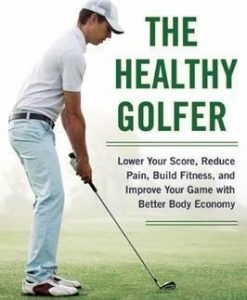 Another new study conducted by 25 European doctors and international experts has determined as much, citing the cardiovascular health benefits of playing the game (lower cholesterol and blood pressure). But as obvious as that sounds, there’s a lot more the sport offers for your social well-being.

“Social interaction is the risk factor which has been undervalued,” Roger Hawkes, the former chief medical officer of the European Tour and one of the authors of the study, told CNN. “Mental health is a big thing in this day and age, and moderate physical activity is associated with a reduction in anxiety and a reduction in depression.”

“Golf clubs are probably underutilized,” he added. “There are times that other groups could be using those courses and getting benefits that were demonstrated for most people.”

In the meantime, play more golf with other people, everyone! Hey, you can’t argue with science.

WHAT TO DO WHEN GOLF SEASON IS OVER?
WORK ON IMPROVING YOUR GOLF GAME!

Here are a few golf training aids that can help:

• The Swing Fan – Establishes resistance by placing four plastic panes at the end of a grip. When you swing it, there is significant resistance against air or wind. It enables you to build the muscles of the swing while at the same time feeling the natural pulling forces of the golf swing.

• Swing Donut – Much like a donut you would put on the end of a baseball bat. This devise is simply a circular weight that you attach to the end of your club. It automatically makes the club head heavy. It helps you get a sense of the club head and it enables a much easier club head release into the ball.

• Two Trees – One of the best training aids for improved putting are two tees. Take a 3 to 5 foot put and determine the line to the hole. At the desired length from the hole, place both tees perpendicular to the line and slightly wider than the putter head. Then place the putter head in between the tees. Place a ball just ahead of the putter head and then make a stroke. The goal is to stroke the ball without hitting the tees. This will help your putter path and lower your scores. 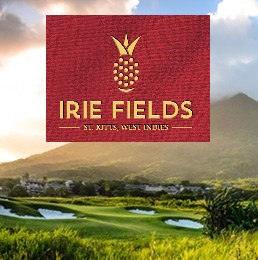 Sounds bizarre, but in fact its true! The first ever edible golf course can be found in the Caribbean at the Irie Fields Golf Course. It’s the only fully organic, edible golf course in the world. The 18-hole 6,492-yard championship course is fully sustainable with Golf Environment Organization (GEO) certification and boasts stunning landscape and views.

The par-71 course weaves through tropical farmland and fruit orchards, transforming natural obstacles into challenging opportunities for golfers of all levels. Set within a 400-acre tropical farm, Irie Fields boasts views of the islands of St. Barths, Saba and St. Eustatius, and features an array of fruit trees.

Herds of native sheep are brought in daily to graze the fairways, keeping Irie Fields groomed and delectable year-round.