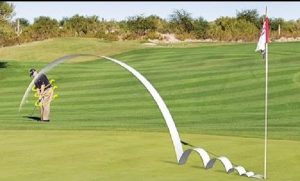 The most common mistake players make when they are working on their short game is they park themselves in one spot and hit the same shot over and over.

For each shot you hit, try to simulate different shots and lies that you might encounter on the golf course.

The more often you practice hitting from lies you’ll get on the course, the more comfortable you’ll be when you see those lies when you play.

There are two basic types of practice:

1. Technique practice
• You Focus on the mechanics of your swing

2. Simulation practice
• You simply try to practice like you play.
Most players spend way too much time in technique practice mode.

Try spending at least 50 percent of your practice time simulating a round of golf when practicing your short game. That means hitting from a random location around the green, then taking a putter and finishing the hole.

You can also try setting a par score for yourself and keep track of your progress.

You must have a purpose for each shot, even when you practice. Pia Nilsson and Lynn Marriott wrote a fantastic book called “Every Shot Must Have A Purpose” that explains why you must adopt this mentality.

For the short game, analyze your lie, choose a trajectory and landing area, make practice swings to judge the distance, then hit the shot. Do this every time.

Lastly, experiment using different clubs in different situations. Most players already do this, but unfortunately they only do it throughout the course of a round. Spend practice time experimenting and you will come up with some “go-to” shots to use on the course. 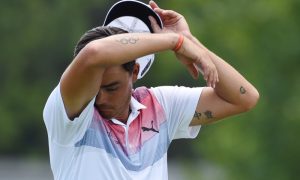 And withdraws from The Northern Trust
In an Instagram post, Fowler confirmed that he has a partial tear in his right oblique muscle adding “I will be back healthy and competitive ASAP for the FedExCup and more than ready for the Ryder Cup!!”

The injury that slowed Rickie Fowler at the PGA Championship will keep him out of the first event of the PGA Tour’s postseason. This will be the first time Fowler has missed a PGA Tour playoff.

“My team and I feel like it’s best not to play next week in the Northern Trust,” Fowler wrote. “I will be back healthy and competitive ASAP for the FedEx Cup and more than ready for the Ryder Cup!!!”

Fowler is one of eight players who earned automatic spots on the U.S. Ryder Cup team. His next opportunity to tee it up would be at the 100-man Dell Technologies Championship, where Fowler won in 2015.

Fowler has 12 top-25 finishes in 18 starts and is currently 17th in the season-long points race. Regardless of his performance in the first three playoffs, he’s in a good position to qualify for the 30-man Tour Championship for the fourth time in the last five years.

GOLF INJURIES…What to Do and How to Prevent Them. 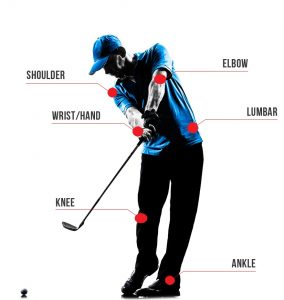 Most Common Type of Golf Injuries

Acute injuries are usually the result of a single, traumatic episode, such as hitting the ground of a submerged tree root in a sand trap. Overuse injuries are more subtle and usually occur over time. These injuries will more often stem from the stress that the golfer puts on the back and shoulders when swinging.

The three most commonly injured areas of the body are the back, shoulder, and elbow. They should be treated with rest, a good stretching/warm-up program, and good, sound advice from a golf professional and/or sports medicine specialist. 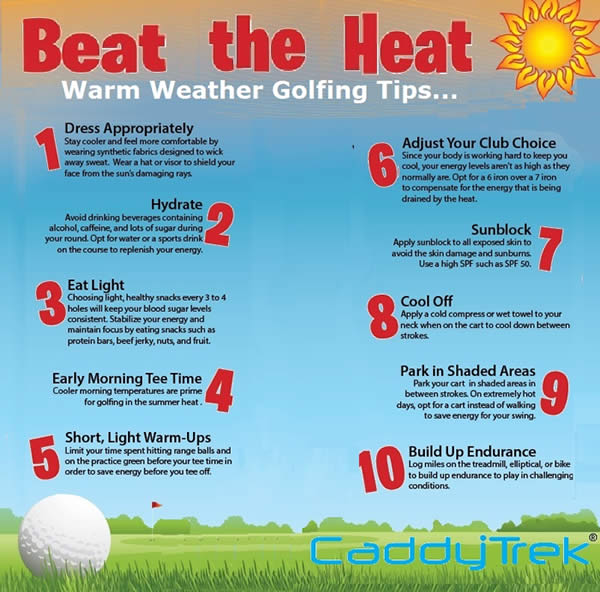 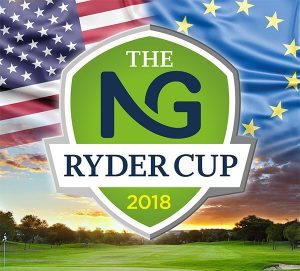 Woods who started the year with zero points, moved from No. 20 to No. 11. Dynamic as he has been all year, Woods shot 6-under 64 for the lowest final round of his career in the majors, had his lowest 72-hole score in the majors and was runner-up to Brooks Koepka by two shots.

As for the Ryder Cup, Furyk ended up with the same eight players who started the week atop the U.S. standings.

The PGA Championship was the final event for eight players to earn automatic spots. Furyk will choose three captain’s picks next month after the Dell Technologies Championship with the last pick after the BMW Championship.

Furyk was not willing to say what appears certain for everyone else. “We want the players who are going to help us be successful,” Furyk said.

Although Woods was appointed a vice captain in late February, he made it clear he wants to compete as a player in his first Ryder Cup since 2012.

Phil Mickelson failed to qualify for the Ryder Cup for the first time since 1993. He was 10th in the standings.
Matt Kuchar, who has played in every Ryder Cup since 2010 missed the cut in two majors.

Furyk said he would be meeting with his vice captains frequently over the next few weeks. That includes Woods, a vice captain and sure-fire pick.

“I’d say the door’s open in a lot of respects,” Furyk said. 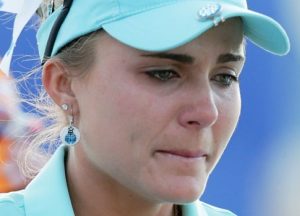 I need to figure out who I am away from golf
Lexi Thompson says her month-long “mental break” from golf was not triggered by any new event, but it was about taking time to find herself.

In her return to the game at the Indy Women in Tech Championship, where she is the defending champion, she spoke about the challenges of being a golf prodigy and how she struggled, emotionally and mentally.

“It was honestly just a buildup,” Thompson said. “The last year and a half, I have honestly been struggling a lot, emotionally, and it’s hard because I can’t really show it. Honestly, I think it just kind of all hit me coming into this year.”

Last year Thompson lost the ANA Inspiration in a playoff after being controversially hit with a four-shot penalty in the final round. She watched her mother wage a second battle with cancer, and she dealt with the death of a grandmother.

“You can only stay strong for so long and hide it,” Thompson said. “I am a very strong person, but at times you just need a break.”

Thompson qualified for the U.S. Women’s Open when she was 12, the youngest player at the time to do so. She won the U.S. Girls’ Junior at 13, won her first LPGA title at 16 and her first major at 19.

Thompson announced after the Marathon Classic in mid-July that she was skipping the Ricoh Women’s British Open at Royal Lytham & St. Annes in England. It is the first major she has missed since joining the LPGA.

Although Thompson is winless in 13 starts this year, she was given “Female Player of the Year Award” by Golf Writers Association of America.